Hello all, a bit of a bumper issue this time. Have tried to keep things shorter with links rather than too much editorial. 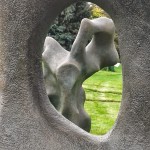 With the winter solstice only a few short weeks away we have been looking forward to next year and there are lots of opportunities for supporting your spiritual needs.

We will be joining the wider Sangha at the Croydon Buddhist Centre on December 28th for a Silent Practice Day. Padmapriya will be ringing a few bells etc but as the title suggests the flavour will be one of silent community practise. 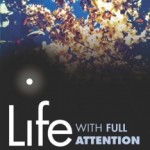 Next up we have the next Life With Full Attention course to be run from the Old Post, formerly known as Heaven.

The course is scheduled to run for 8 consecutive Monday evenings and is recommended to anyone with an interest in living a healthier, happier and more aware life.

Always popular and places are limited so if you want to attend you know what you need to do. 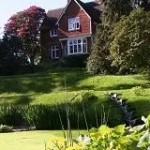 Another way to experience an even wider community is through going on retreat and we have the proverbial raft of opportunities involving members of your local community.

In January, Padmapriya, Paul and three friends from Buddhafield will be facilitating an Introduction to Buddhism and Meditation weekend at the beautiful Rivendell Retreat Centre in East Sussex.

Similarly, in August Padmapriya, Sooz (freshly ordained we hope) Gary and friends from Tonbridge and Buddhafield communities will be at it again.

In between the two we have triratna East surrey community retreat and Buddhafield South East retreat at Adhisthana and Ashdown forest respectively. The later being under canvas. 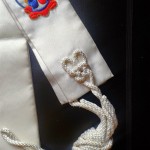 It is with the greatest of pleasure that we can make you aware of a new Mens Going For Refuge group or colloquially known as a GFR a group. Two men and possibly a third have decided to take advantage of the support to practise that is derived through asking for Ordination into the Triratna Buddhist Order.

With Kelvin, who has been in the process for a number of years, they will support each other to deepen both there understanding and, most importantly, their experience of Buddhadharma.

If you feel this maybe of interest to you then, in the first instance, grab Padmapriya and he can lay out the options available to you.

The Triratna order was, for a number of years, almost unique in offering ordination to both men and women on an equal footing. Even today this is still the exception rather than the rule. Triratna places emphasis on commitment rather than lifestyle for individuals to have an effective spiritual practise. 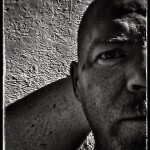 A number of people where experiencing difficulties in downloading the guide meditations, liturgy etc. The very generous Paul has scrubbed the recordings and, at no small amount of investment in time and energy, managed to get them onto the Free Buddhist Audio platform.