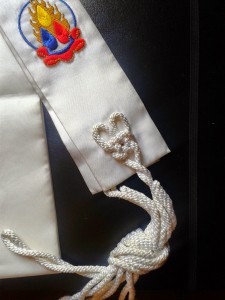 The Triratna Buddhist Community is an international network dedicated to communicating Buddhist truths in ways appropriate to the modern world.

Originally known as the FWBO (Friends of the Western Buddhist Order), it was founded in London in 1968 by Sangharakshita. Having originally taken ordination as a Theravadin Bhikkhu in India, during his twenty years practicing Buddhism on the Indo- Tibetan border he went on to take initiations from a number of the Lamas escaping the Chinese occupation of Tibet. When he returned to England, he experienced first-hand the limited context in which Westerners had to practice the Dharma and his response was to found a new Buddhist movement.

Bringing Buddhism into an entirely new culture implied to Sangharakshita that we needed to go back to basics — to look at the principles underlying all forms of Buddhism and work out how best to apply them in this new context. So Triratna is based on the principle of ‘critical ecumenicalism’: aligned to no one traditional school, but drawing on the whole stream of Buddhist inspiration.

Now that Buddhism has come to the West, Westerners are faced with the task of creating new and viable Buddhist traditions for the modern world. Triratna has pioneered new structures that allow people to live out Buddhist teachings as an authentic Buddhist way of life in the 21st century: team-based right livelihood businesses, communities, socially engaged fundraising projects such as the Karuna Trust, and more. Over the last forty years the Triratna Buddhist Community has grown to be one of the largest Buddhist movements in the West, with centres and activities in many cities around the world including India.